Market Timing-Whats Next !! ANOTHER COMMENTARY on SYRIA

What happens, if by some insanity, Obama does not go into Syria, and take out its arsenal of WMDs? Especially its huge supply of Sarin nerve gas?
U.S. Congress soon holds the world changing vote over this critical issue. I can't begin to describe to you how big the stakes really are.
Some say we shouldn't go in, because the rebels are also using the nerve gas. In reality, that's all the more reason to go in. Let me explain.
I showed you in recent reports that Assad is holding a WMD bazaar sale in Damascus. He is selling the WMDs and their delivery systems to terrorists and rogue states that share his anti-western agenda.
i.e. these WMDs are about to spread across the planet -- in the hands of radical Islamic fundamentalists, who want to turn you and your way of life into a pile of rubble.
While the west never found Saddam Hussein's WMDs, that is not the case in Syria. Assad has for sure WMDs. Both chemical and biological. We know where many of the depots are located. He is using them on his own people. He is giving them to so many terrorist groups, it is only a matter of short time before they get used against the U.S. and Europe.
There are three reasons the U.S. needs to go in to Syria right away.

One, to destroy the WMDs, no matter whose hands they are in.
Two, to stop the WMDs from proliferating to terrorist groups and rogue states.
Three, and most important, to draw a red line, not just for Assad, but for the world. A red line that says anyone who uses these deadly weapons will be annihilated.

Right now, ten countries have nukes. (That includes Japan and Israel, who while silent on the issue have had nuclear weapons for decades.) Each of these countries has fought wars since they went nuclear. Not one has used its nukes.
Why? Because any country that uses nukes will be annihilated within 24 hours. Everyone damn well knows that.
Nerve gas has been around longer than atomic bombs. Saddam Hussein was the last guy before Assad to use it. He killed around 7000 Kurds, and injured tens of thousands more. That is a big reason an international strike force invaded Iraq, drove Hussein from power, and ended up hanging him by the neck until dead.
Assad absolutely, positively is using chemical WMDs. He is absolutely spreading these WMDs to terrorist groups that swear to wipe us out.
If the world does not go in and stop him -- now -- it will unleash on itself the most deadly poison ever devised by mankind.
Experts say Sarin is more than 500 times as toxic as cyanide. One liter (slightly more than a quart) can kill 10,000 people in minutes.
You can easily store Sarin in any pressurized container. It is nearly impossible to identify: no country has the technology to detect the gas in sealed containers before it's released. 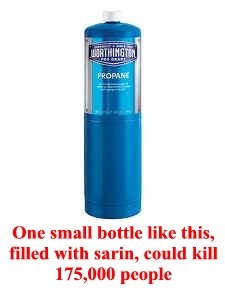 Terrorists have literally millions of ways to transport Sarin. One example: the innocent-looking blue propane gas bottles Walmart sells. Available at most any store. Innocent looking but about the deadliest weapon the terrorists have and totally undetectable. Our enemies could fill them with Sarin: no one would know. Each bottle could kill 175,000 people.
The military has some defense, for some of its soldiers. But self-injection syringes, antidotes, gas masks and bio-suits that cover your entire body, are not in the hands of the police or hospitals. And I doubt you have one in your closet or the trunk of your car. So first responders, doctors and nurses who treat the patients would be killed as well.
Mankind is burying its head in the sand. We are twiddling our thumbs, as the most vile regimes perfect terrorists use of Sarin nerve gas. We are sending the deadly message, that it's ok for them and other terrorist groups to trade in it and use it.
We cannot allow Sarin nerve gas and delivery systems to proliferate. That is the height of insanity.
Yes, I know the WMDs were never found in Iraq. But this time is really really is different.
Assad has these WMDs. Now. By the time we got to Iraq, Hussein had already destroyed his weapons.
More important, Assad is doing something Saddam Hussein never did. He is giving terrorist organizations the deadliest poisons known to man.
Now combine that with the message that it's ok to use these weapons, because the world will do nothing about it. Mankind will face a new kind of terrorist attack, that makes all other attacks pale in comparison.
The free world is at the precipice. About to make one of its greatest errors ever. Israel may be the first test case. As we speak, Hezbollah (which has sworn to wipe Israel off the face of the map) is acquiring Sarin nerve gas at Assad's bazaar sales. Hezbollah also is acquiring missiles to deliver that Sarin gas to any city in Israel.
And what are the Israelis doing about this? They are making one of their worst mistake ever. The Israelis are relying upon Obama and their Iron Dome missile defense system to protect them.
I call it the Iron Dummy system. It is doomed to fail. Staking your survival on it is like believing the Titanic was unsinkable and didn't need lifeboats.
It's like putting your faith in the Maginot line, to stop the Germans from invading France in WWII. It's like George Custer dismissing the Indians as 'red savages' -- minutes before they wiped out his troops and him, with forces and firepower that out-numbered him nine to one.
The multi-billion-dollar Iron Dome folly does nicely against a few missiles. But a hundred, all fired at the same time? They overwhelm the system. Iron Dome doesn't stand a chance.
If Syria's WMDs are not taken out -- now -- all too soon Israel will have to bury tens of thousands of its people in Tel Aviv and tens of thousands more in Haifa. The gas mask they are handing out to their civilians are a cruel joke. Sarin nerve gas is readily absorbed through the skin. History will call it the second holocaust.
Another problem with the Iron Dome. It's true that the algorithms it runs on are genius. They calculate probable targets of incoming missiles, prioritize them based on their speed and trajectories. They then select which missiles to shoot down.
But they have a fatal flaw: the 'crazy missile.' That is a rocket that rapidly changes trajectory, in a random manner. The best algorithms in the world cannot calculate an interception point.
Israel, take heed. The place to stop the coming, if Obamma fails to act, Sarin nerve gas missile attacks is in Syria. Not after they have been launched, on their way to Tel Aviv. No country ever won a defensive war. Not once, not ever. I beg you don't make this mistake!
If the U.S. does not immediately stop Assad, it will be the most colossal military mistake in history. This Syrian regime must be destroyed. The WMDs there must be blown to smithereens. No matter whose hands they are in.
Most important, the message must be sent, that no group or nation can ignore: anyone who uses these WMDs will be immediately, totally annihilated.
There must be no question about this. The ayatollahs must understand they cannot cross the red line. They must know in every fiber of their being, that the world will not tolerate any use of WMD's be it nerve gas or nukes.
I firmly believe that, kicking and screaming, Obama will attack. Even if Congress does not give its approval. The only question in my mind is, will he do this before or after innocent citizens of Tel Aviv are gassed to death?
The markets are worried that oil supplies might get disrupted. That won't happen, no matter how things go. But a huge humanitarian disaster could be right around the corner.
Mankind is at a very dangerous crossroads. In WWII we faced the rise of the fascists. Now we face the rise of radical Islam. The longer the world waits to engage these crazies, and remove their stingers, the higher the price we all will pay in the future.
Right now Sarin nerve gas available to terrorists is mostly limited to Syria. That is changing as we speak. Our window of opportunity -- to keep the Pandora's Box shut -- will soon pass. Bottles of Sarin will soon get sent to Europe and the U.S. They will be used to commit genocide on a massive scale.
The attacks are coming. There is no practical civilian defense. The only question is, will we attack the holders of these weapons in Syria... or will they attack us in New York City? Obama the choice is yours. You are commander and chief so act like one.
Nick Guarino 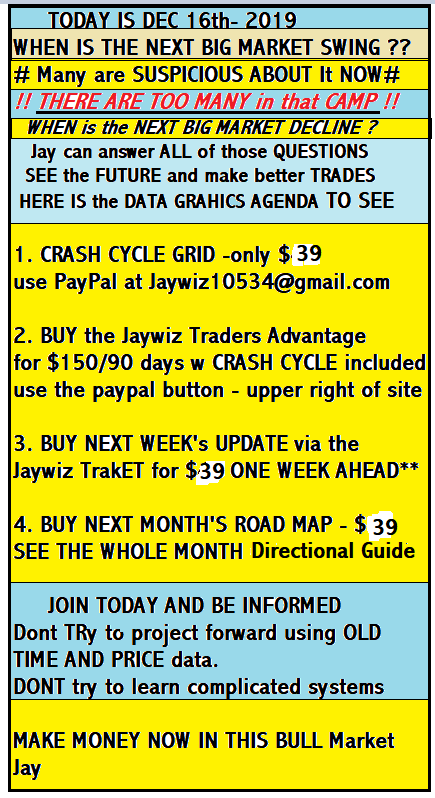 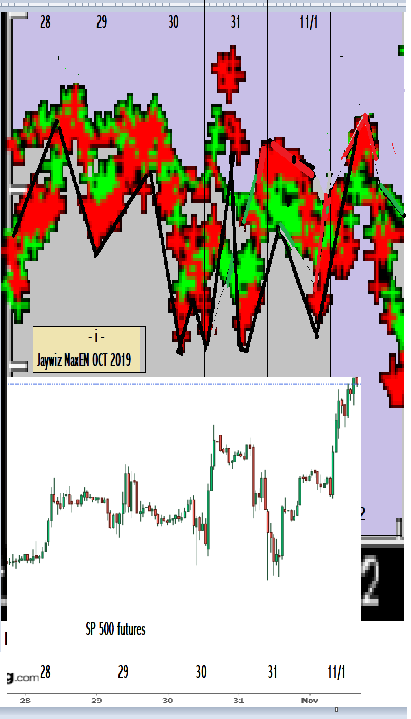 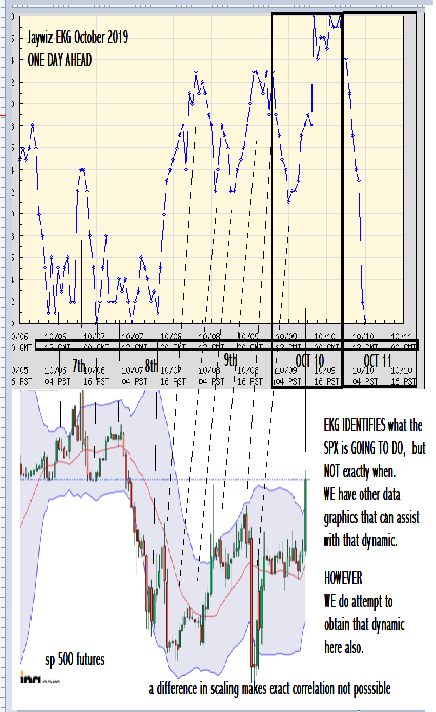 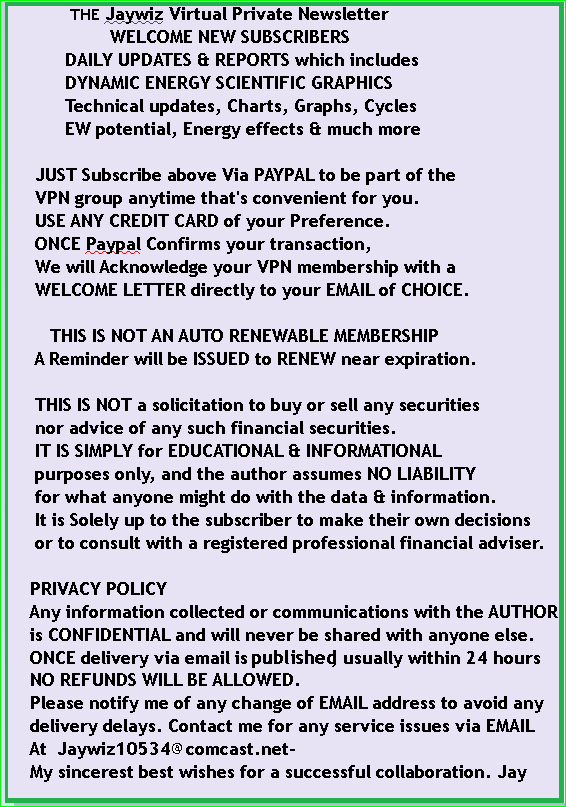